Maybe we should develop a Crayola bomb as our next secret weapon. A happiness weapon. A beauty bomb. And every time a crisis developed, we would launch one. It would explode high in the air - explode softly - and send thousands, millions, of little parachutes into the air. Floating down to earth - boxes of Crayolas. And we wouldn't go cheap, either - not little boxes of eight. Boxes of sixty-four, with the sharpener built right in. With silver and gold and copper, magenta and peach and lime, amber and umber and all the rest. And people would smile and get a little funny look on their faces and cover the world with imagination.


There is one armor that the world of men and women, as a world, has never yet put on. The churches have long bungled with its fastenings, but the world has gone unfended, and few have been those in whose hands the mystical sword of the spirit has shone with daily use. This armor, waiting to be worn, is the armor of brotherhood and sacrifice, the world of unselfishness, a conquering sword, with the power, where used, to unite the world in love. And there are none who may not put it on. 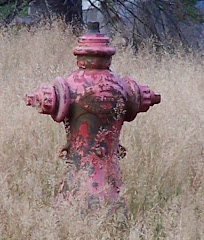